What challenging and unexpected times we live in. We have all had to adapt and change in ways we did not predict. In addition to the pandemic, I’ve had to try to cope with what’s felt like a fair amount of change in recent years. We’ve moved house, one child has left for University, another one is about to move out for work, I’ve passed a significant birthday and on two occasions, I’ve stopped being the Minister’s wife.

A year or so later we were part of a launch team trying to establish a multicultural church plant in Peckham. Amongst other factors, COVID proved too much for our fledgling church. Sadly some 3 years later we met for the last time. Once again my husband was no longer one of the senior leadership team and again, I was no longer the minister’s wife.

On both occasions we were hugely blessed by integrating into another established church family. We have been taught, discipled and cared for in a time of refreshment.

I don’t know whether you’ve had lots of change or whether you feel stuck in a rut. Maybe you too have had to change your role because your husband’s role has changed. Maybe he has become unwell and can no longer work. Or perhaps you have even been widowed. There are lots of reasons we may stop being a minister’s wife. I think I have been surprised by how challenging I have found it to adapt to the change. At times, it has felt a little like a bereavement.

Here are six things that I am (still!) learning:

”To those who believed in his name, he gave the right to become children of God” John 1:12

“Sacrifice and offering you did not desire” Psalm 40:6

“For my thoughts are not your thoughts, neither are your ways my ways” Isaiah 55:8

”There is a time for everything , and a season for every activity under heaven” Ecclesiastes 3:1

“But encourage one another daily, as long as it is called Today, so that none of you may be hardened by sin’s deceitfulness.” Hebrews 3:13

Rosslyn Perkins is a member of Christ Church Mayfair. She married to Richard who works as the Director of Church Planting for Co-Mission. They have three children. She works part time as a GP and medical educator. 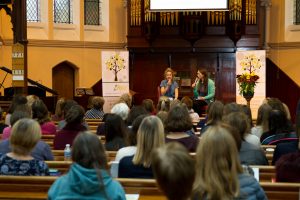 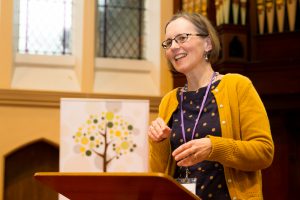 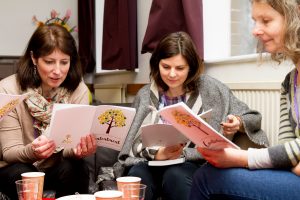